Shortly before the year 1000, a religious way of life began to thrive at Payerne, supported by the Royal Family of Transjurane Burgundy. Thanks to the efforts of Empress Adelaide, daughter of Queen Bertha, the Payerne community was attached to the great Benedictine monastery of Cluny, France.

A great Romanesque church was built from the 11th century, embellished and transformed over time at the request of priors such as Pierre Vincent de Poligny and Jean de Grailly.

In 1536, the Reformation reached Payerne and the monastery was closed, ushering in a lengthy period of time during which the building fulfilled a number of non-religious functions.

Classified as a historic monument in 1900, the site has been restored several times over the 20th and 21st centuries. 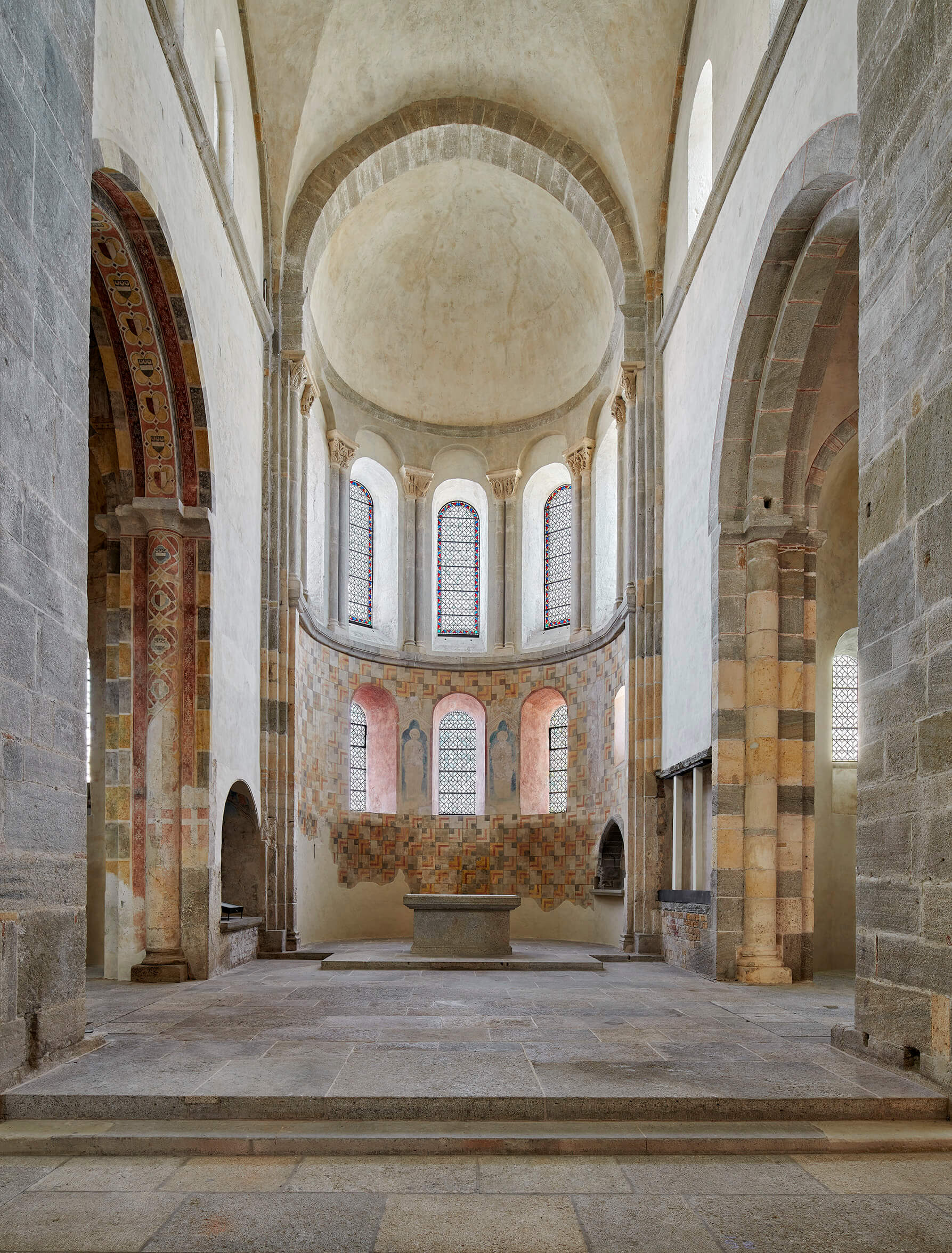